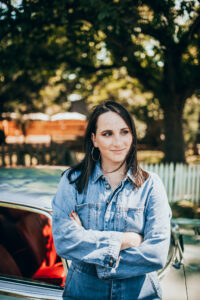 Sam says it may be a cliche, but as other performers note, she knew her career path at a very young age. Her love of music and performing was nurtured as a Little Rascal with Maureen Collins of Easy Street Productions. She studied voice with Liz Rubino from the end of middle school into high school and began teaching herself the guitar at age 14.

Around this time, Sam began a deeper dive into the songs and the performers she liked.  She soon realized that many of her favorite artists did not write the songs they sang.  In high school, inspired by the lyrics, she started to capture her thoughts in her own songs.

Sam has always gravitated toward country music, because it is “storytelling; it is easy to relate to and is community based. Sam stated, “it fits me…it is just like the Mooney family, a true community”.

While at Mooney, Sam took AP classes in math, biology, and English, a class that along with CMHS speech & debate contributed to her writing skills. At Mooney, Sam played volleyball and lacrosse and loved performing in Mame & Hello, Dolly.

When it came time to decide about college, Sam thought about Belmont, a music school in Nashville, but she decided to attend The Ohio State University. Though she initially studied engineering, her course changed, and she graduated with a marketing degree in May 2019.

That June, Sam began working in the marketing field in Nashville, keeping her evenings open to meet people in the music industry and to sing at local venues. It seems that every day is a Saturday in Nashville!

Sam notes that “writing (when compared to singing), is more my speed; I can write from my home, collaborate with others easily, and still have quality personal and family time.”

Nashville is very co-writing based, so Sam spends most days working with other songwriters. Her hours are filled with working sessions that typically start with nothing but end with a new song. She also takes advantage of “writing rounds” to share her music and network with others.

Sam will write directly with artists in these sessions as well. The singer may bring an idea or a title and the creativity flows from there! The energy, dedication, and emotion pour in. It can be exhausting by the end, but completely fulfilling.

Although focused on writing, Sam did release two songs this year. One of which, “Buying Houses” (spring 2022) was released in partnership with Court Street Production in Canfield. Court Street is owned and operated by fellow CMHS alumni Michael Estok (class of 1999) and his wife Emily. Youtube video.

“Buying Houses” was a Bluebird Golden Pick Contest Winner. The Bluebird Cafe is Nashville’s best-loved live music venue, featuring up-and-coming as well as hit songwriters in an intimate setting. They are a listening room, where the songs and the stories are the most important thing. Over the last 39 years, it has gained worldwide recognition as a songwriter’s venue. It is where Garth Brooks & Taylor Swift were first discovered. Sam has played the Blue Bird Café in Nashville, several times, most recently in October 2022.

Sam continues to play shows while writing full time. She is also working on a partnership with a publishing company to help match her catalog of a few hundred songs with artists. Sam’s name and reputation are growing.

This fall, Sam played in Cleveland, and she is looking forward to future opportunities to play in front of her hometown crowd in Youngstown beginning with a holiday show at Tippecanoe Country Club on December 22.

Sam’s family members, most of whom are fellow Cardinals, have been so supportive of her career path.  Her parents are Dave 1988 & Christine (Chrissy Colangelo) 1986. Her brother Nick graduated in 2017 and is an accountant in Columbus.

Uncles Steve & Brian Blasko graduated from CMHS in 1986 & 1990 respectively. On the Blasko side, there has been a family member at Mooney for 36 years! Beginning with Uncle Steve and ending with Cousin Natalie, CMHS Class of 2026.  On the Colangelo side, aunts Connie, Leslie, Michelle, are alumnae.

As her Uncle Brian notes, “Sam has the courage to follow her dreams”. Her support system is her family & Mooney is an extension of that for Sam.  Sam observes, takes it all in and that is the foundation of her storytelling. “Sam is selfless about it” just part of her humble nature.

Dave, Sam’s dad has watched his daughter grow and develop from once a rather shy kid, into the confident and engaging performer she is today. “She is taking full advantage of what Nashville has to offer. We could not be prouder.”

Your Mooney Family is also proud of you Sam! Continue to shine while doing what you love to do!

Learn more about the Bluebird Café! 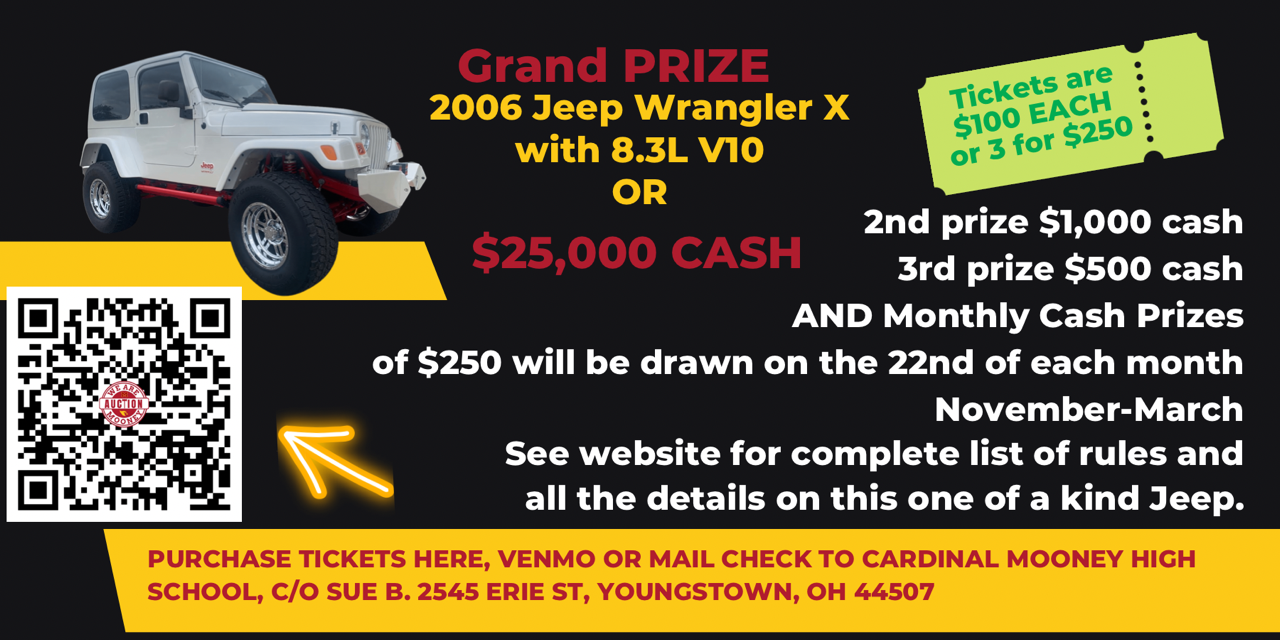